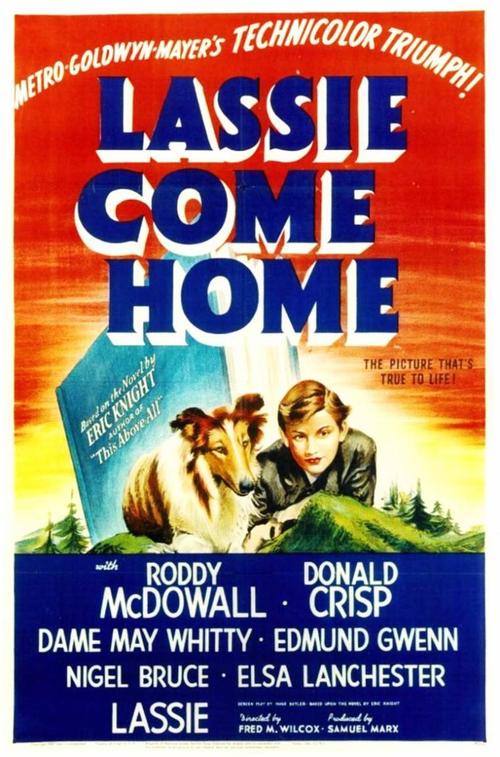 Young Joe (McDowall) adores his collie, Lassie, and the dog returns his devotion. When hard times force Lassie's family to sell her to a wealthy nobleman who lives far away (Nigel Bruce), the fiercely loyal and intelligent pooch cannot be deterred from returning to what she considers her true home and master.

Touching tale gets full MGM treatment, with sumptuous Oscar-nominated Technicolor and a solid cast, including Donald Crisp and Elsa Lanchester as Joe's parents, and Elizabeth Taylor in her first MGM role. Mc Dowall's performance is heartfelt and restrained for the time, and Lassie, of course, is the dog we'd all love to own- as evidenced by the numerous movie sequels and TV incarnations that followed.