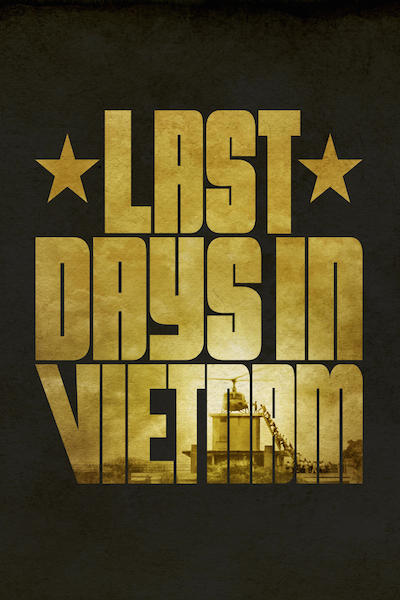 On April 29th 1975, the North Vietnamese Viet Cong army is marching on the city of Saigon. America prepares to evacuate its embassy of nationals and South Vietnamese allies, but largely due to inaction on the part of U.S. Ambassador Graham Martin, the process starts too late. Now racing against time, military helicopters are employed to airlift thousands of workers from the roof of the building. When a subsequent order comes in to evacuate only Americans, several U.S. marines take matters into their own hands. Extraordinary acts of courage take place amongst all the mayhem, but will everyone get out in time?

Filmmaker Rory Kennedy (“Ghosts of Abu Ghraib”) a daughter of Robert F. Kennedy, presents a clear-eyed expose of this tense, tumultuous juncture through the judicious use of archival film, and astounding first-person accounts, both from the men on the ground, and a few back in Washington, including then Secretary of State Henry Kissinger. The story of the USS Kirk aircraft carrier rescue is vividly depicted with astonishing never-before-seen footage. This suspenseful and incisive work, nominated for a documentary Oscar, has profound historical importance as it relates the tragic end of a tragic war.