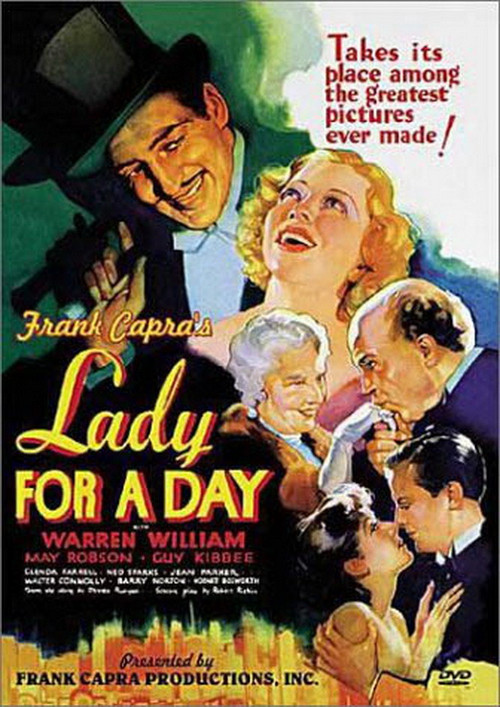 Lady for a Day

Broadway panhandler Apple Annie (Robson) is a good-luck charm for high-stakes gambler, Dave the Dude (William), who always buys fruit from the elderly woman before he places a bet. So when Annie receives a letter from her daughter Louise (Parker) announcing her engagement to a Spanish nobleman (Norton) and impending visit to New York, Dave helps Annie concoct a ruse to fool her unwitting daughter and future in-laws into thinking she’s a society lady.

Hollywood charmer Frank Capra won an apple cart full of Oscar nominations for this tender Depression-era comedy, based on a Damon Runyon tale, coaxing crisp performances from Robson, William, and Guy Kibbee as a judge masquerading as Annie’s well-to-do husband. Rags-to-riches films were common in 1930s Hollywood, but Capra added warmth and urbane humor to this heartwarming Cinderella story, while gently poking fun at stuffy, aristocratic airs. What a “Lady!”

Lagaan: Once Upon a Time in India