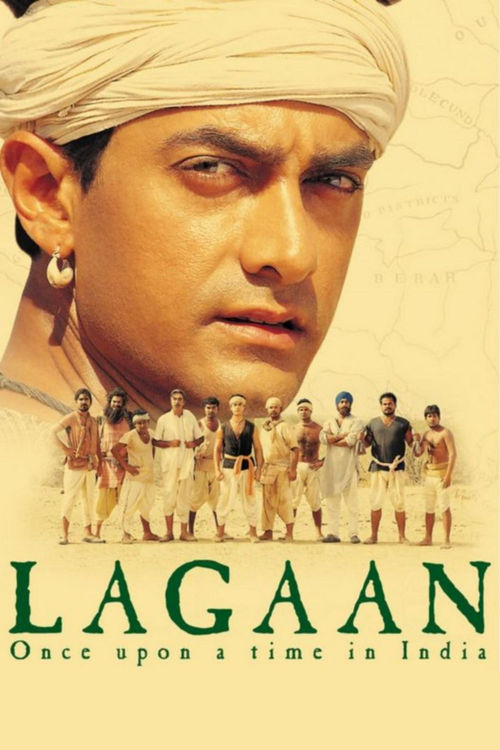 Lagaan: Once Upon a Time in India

In Central India in 1893, the British Raj imposes heavy taxes (“lagaan”) on the struggling farmers. A cruel, arrogant officer, Captain Russell (Blackthorne) challenges the locals to a game of cricket, setting these terms: if the skilled British team wins, the lagaan will be tripled. But if the Indians win (at a game they’ve never played), they will be exempt from lagaan for three years. The villagers are led by the intrepid Bhuvan (Khan), who inspires this ragtag team of misfits. Unexpectedly, he’s also aided by Russell’s beautiful sister Elizabeth (Shelley), much to the chagrin of his village sweetheart Gauri (Singh).

Music and sports, passion and villainy all come together in this exuberant cinematic feast. Boasting glorious scenery, infectious musical numbers and eye-catching choreography and gripping suspense, “Lagaan” handily transcends the cliché of underdog sports movie. Bollywood star Khan produced as well as starred in a production that took over five months to shoot (but actually cost less than $4 million!). Though close to four hours long, you’ll be transported by this rousing, Oscar-nominated saga, and the time will fly. Who knows? You may even take up cricket.