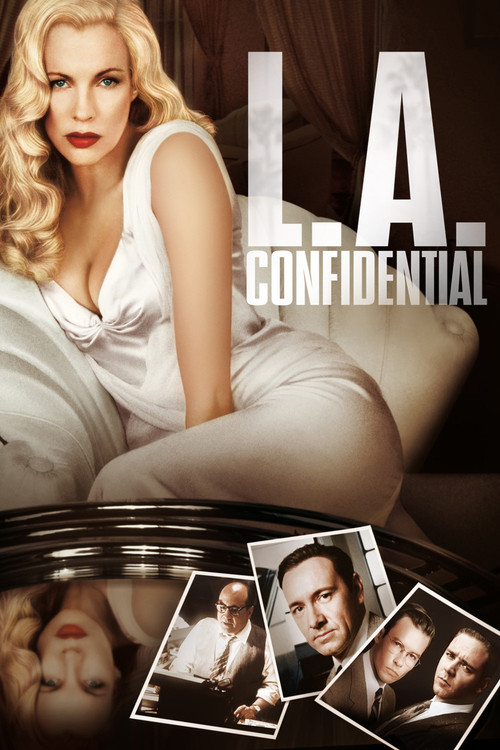 James Ellroy's dissipated 1950s Los Angeles is brought to teeming life in this crackerjack police thriller, which details pervasive corruption and vice in the City of Angels, as detectives Bud White (Crowe), Ed Exley (Pearce), and Jack Vincennes (Spacey) all work their territories and cases. The murder of a recently retired cop in a stick-up launches a labyrinthine investigation that exposes the city's underbelly and its myriad denizens, including high-class call girl Lynn Bracken (Basinger). Will the case ever get solved? Who'll get burned in the process?

Curtis Hanson's atmospheric, twisty thriller benefits from brisk pacing and lots of suspense, but it also manages to tell a rich, character-driven story. Crowe's smoldering Bud is a tightly wound spring, while Pearce's Exley is the quintessential ambitious straight arrow. Spacey almost steals it as Vincennes, a slick celebrity cop in the mold of Dragnet's Jack Webb. Basinger won the Supporting Actress Oscar as the bewitching Lynn, and DeVito has a ball playing the editor of a sleazy tabloid. "Confidential" is top-notch noir — in living, breathing color.