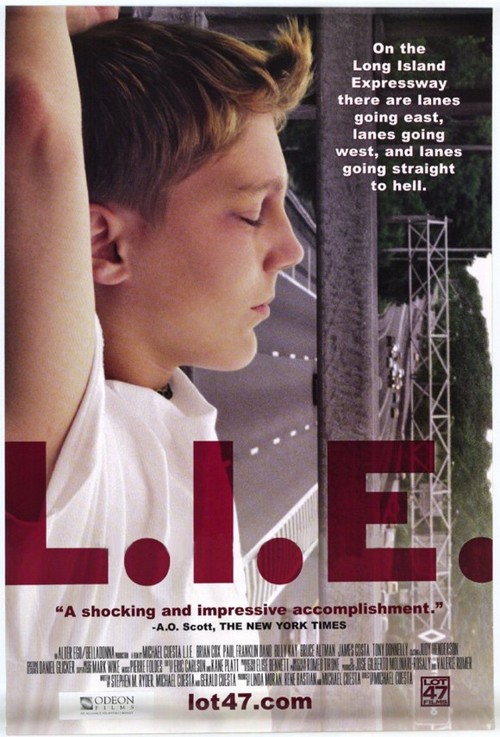 Howie (Dano) is an adolescent Long Islander whose mother's death and father's neglect leave him open to a variety of perverse, self destructive possibilities. At first, he falls in with a group of delinquents, befriending young tough Gary (Kay), who sidelines as a male hustler. Still longing for a father figure, Howie eventually finds solace and support in Big John (Cox), a back-slapping former Marine who takes more than a paternal interest in young boys.

A gritty, take-no-prisoners yarn, Cuesta's "L.I.E" offers no easy answers or resolutions to Howie's plight; its willingness to paint life's roadblocks in shades of gray is precisely what makes it work. While certainly not for every taste, "L.I.E" is a startlingly original, credible glimpse into humanity's underbelly and the rough and tumble ways of the street. Veteran player Brian Cox is fabulous as usual, as is the young actor Paul Dano, who injects pathos and palpable emotion into his role.