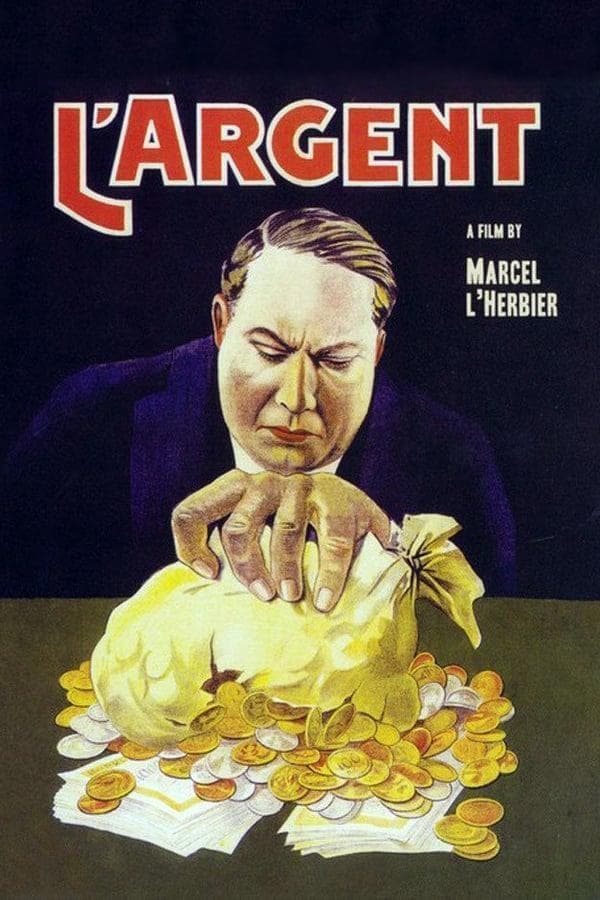 Nicolas Saccard (Alcover) is a brash, big-time financier in Paris who nearly loses his shirt thanks to the subtle machinations of competitor Alphonse Gundermann (Abel). Wanting to rebound quickly, the ruthless Saccard conceives of a fraudulent scheme tied to famous pilot Jacques Hamelin (Victor) and the drilling of oil in French Guyana. Hamelin, who naively believes in the project, agrees to make the first transatlantic flight there to drum up interest. Meanwhile, he leaves his lovely wife Line (Glory) in Saccard’s lecherous clutches. However, his clever rival Gundermann has eyes and ears everywhere, specifically in the pleasing form of Baroness Sandorf (Helm), and will do all he can to foil Saccard’s dastardly plans.

Based on a book by Emile Zola, L’Herbier’s rediscovered masterpiece was a monumental production in its day, then largely forgotten for decades. Now restored, it stands as one of the great European films of the late silent era. Clearly, no expense was spared; the production values are dazzling, with sets, costumes and mise-en-scene reflecting the rarefied milieu of high finance in Paris. They even rented the real stock exchange (the “Bourse”) to shoot over a holiday weekend! L’Herbier employs dazzling camerawork, highly innovative for the time, giving his twisty tale of greed a trippy, dreamlike feel. The international cast shines, particularly Alcover as Saccard, the nouveau-riche upstart, and Abel, his more seasoned, wily competitor who represents the establishment. (Trivia note: both Abel and Helm were fresh off Fritz Lang’s “Metropolis” at the time). Cinephiles and silent film fans- grab “L’Argent”!