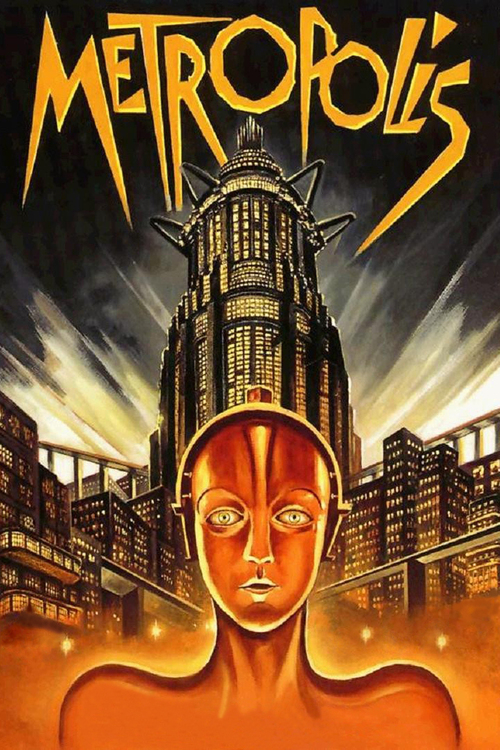 A visionary depiction of 21st-century society, this film depicts a world in which the fabulously wealthy live in opulence above ground while an oppressed underclass toils far below in a heavily routinized, mechanistic dystopia. Appalled by the workers' underground lives, and in love with subterranean beauty Maria (Helm), idealistic Freder (Froehlich) flouts the powers that be — including his industrialist father Fredersen (Abel) — and begins campaigning for reforms.

One of the most influential films ever made, Lang's "Metropolis" was inspired by the director's awestruck first glimpse of the 1920s Manhattan skyline. Visually astonishing and darkly surreal, "Metropolis" is a flawless example of German Expressionism on film, with its heavily stylized, futuristic production design, odd camera angles, and bleak, shadowy evocation of the not-so-harmonious techno-industrial future. Klein-Rogge is especially captivating playing sadistic capitalist Rotwang, who engineers a slave revolt against the reformers. A hypnotic, enthralling silent masterwork by the legendary director of "M" and "The Big Heat."