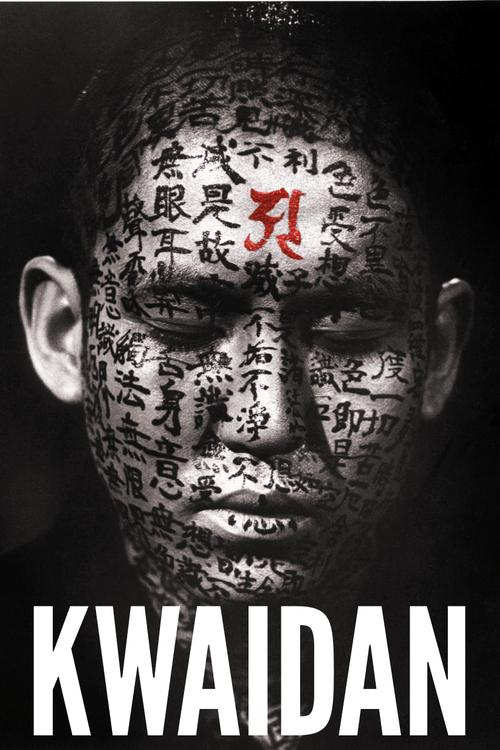 Ghosts, samurai, and avenging fate converge in this four-part horror anthology of Japanese folktales. In "Black Hair," a penurious samurai abandons his wife for a rich man's daughter, then returns years later to make a terrifying discovery. "Woman of the Snow" concerns a woodcutter's close encounter with a beautiful but deadly witch during a blizzard. "Hoichi the Earless" spins tragedy out of a blind musician's effort to perform at an infant's tomb, and "In a Cup of Tea" tells of a samurai haunted by a peculiar vision in his teacup.

A subtle, spooky masterpiece from Japan's Toho Studios, the moody "Kwaidan" is based on stories by Lafcadio Hearn, a Greek-American writer who emigrated to Japan and immersed himself in the culture. Directed with cool, unhurried precision by Kobayashi, and filmed entirely on studio lots, the movie is decidedly eerie and atmospheric, a supernatural fusion of feudal Japanese settings and Western chills. Fine acting, superb lighting effects, an unnerving music score, and otherworldly set design heighten the nightmarish effect of "Kwaidan"'s ghostly dramas.