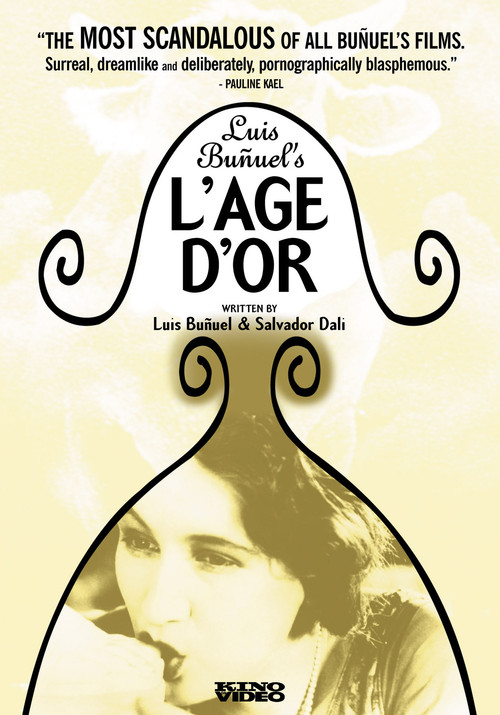 The mesmerizing "L'Age D'Or," a collaboration between young Spanish surrealists Luis Buñuel and Salvador Dalí, contains no traditional plot but instead a series of striking dream-like images: a cow on a woman's bed, a large, formal delegation arriving on a barren island for no apparent reason, a vision of fully bedecked cardinals arrayed there on a craggy rock, and amidst all the pomp, a couple rolling around lustfully in the dirt. Billed as a "madman's dream," the film became a scandal, reviled in particular by the emerging Fascist movement. Today, it's revered as a cinematic landmark, skewering what Buñuel saw as oppressive, outmoded societal forces. Pure gold!