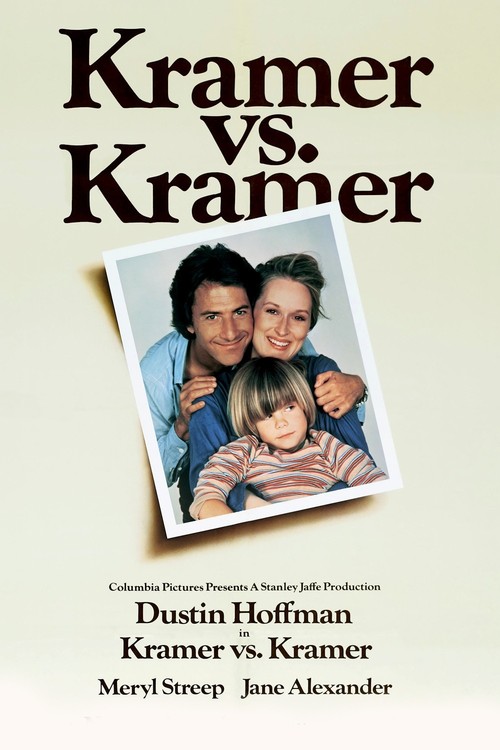 On the brink of a big promotion, caffeinated, pre-occupied ad-man Ted Kramer (Hoffman) gets the wind knocked out of him when wife Joanna (Streep) abruptly announces that she's leaving him and their young son, Billy (Henry). Facing the sudden need to balance career demands with caring for a young son he barely knows, Ted makes the hard choices necessary to be there for Billy. But when Joanna returns unexpectedly, a nasty custody battle ensues. Under these circumstances, can anybody win in the end?

In 1979, Hoffman hit a career high point — and Streep solidified her own stardom — with director Benton's near-flawless marital drama, depicting the dissolution of a marriage with unerring sensitivity. Touching performances from all three leads help bring an insightful script to heart-wrenching life. At Oscar time, "Kramer" won Best Picture, Benton took the honors for both direction and screenplay, Hoffman nabbed Best Actor, and Meryl scored her second consecutive nod, this time taking home the statuette for Supporting Actress.