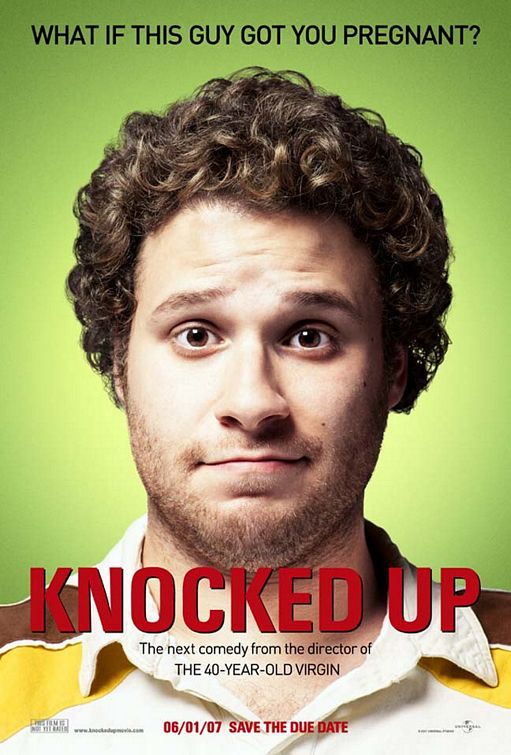 One booze-fueled night, up-and-coming celebrity journalist Allison Scott (Heigl) "hooks up" with slovenly Bud Stone (Rogen), a pot-smoking couch potato. What should have been a one-night stand turns complicated when Allison learns she's pregnant, and turns to hapless layabout Ben for support. Making a baby was the easy part — now this oddly matched pair of parents-to-be has to figure out how to work together without driving each other batty.

Cute and crass in equal measure, Judd Apatow's irreverent relationship comedy is the kind of smart, true-to-modern-life farce both men and women will howl at with hilarious self-recognition. The best laughs come, of course, in the constant tension between Heigl's fussy professionalism and Rogen's arrested adolescence, but Leslie Mann and Paul Rudd provide lots of giggles, too, playing Allison's squabbling, stressed-out sister and brother-in-law. How can you pass on a sex farce whose tagline is "Unrated and Unprotected"? Get "Knocked Up"!