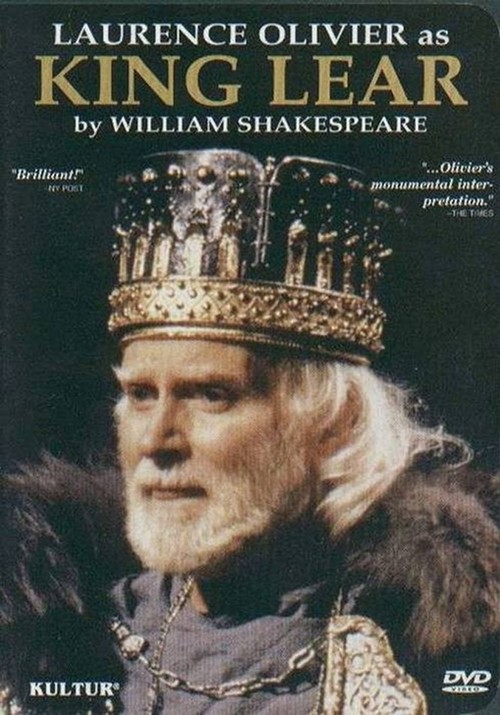 Disinheriting his youngest and most devoted daughter, Cordelia (Calder-Marshall), for her frankness, blustery old King Lear (Olivier) divides his kingdom between his other children, Goneril and Regan (Rigg), who privately scheme with their husbands to usurp Lear's power. Only Cordelia, now married to the King of France, proves her loyalty to the foolish regent, but not before blood and honor are shed.

How fitting that at the end of his career, Olivier would return to the role of Lear with such gusto in Elliott's British TV production of the Bard's great tragedy. Backed by a superb supporting cast, including Diana Rigg as a venal daughter and John Hurt as the Fool who cleverly mocks Lear's misfortunes, Olivier won an Emmy for his rousing, sympathetic turn as the king who's agonized to find himself at the center of family betrayals and court intrigues after exiling his most cherished kin.