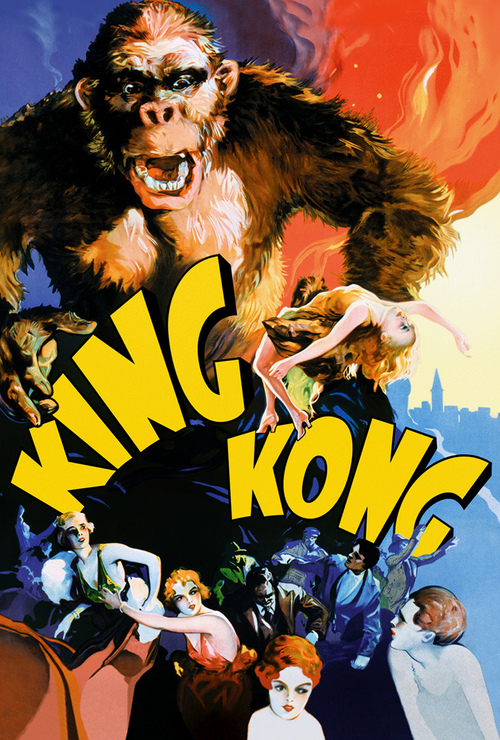 Timeless tale of promoter Carl Denham (Armstrong) and his adventure into the unknown to capture on film whatever might exist on an uncharted, fog-enshrouded island. Along to help make this movie of movies are, among others, delicate ingénue Ann Darrow (Wray), and salty first mate Jack Driscoll (Cabot). No one can anticipate the starring attraction that awaits them: a beast known as Kong, an immense ape-like creature, who quickly sets his sights on beauty, in the form of blonde venus Ann. The rest is movie history.

Warner Home Entertainment has surpassed itself with this painstaking restoration of the 1933 adventure/horror classic. The movie has not looked this good in my lifetime, which only reinforces how well "Kong" stands up as entertainment after over seventy years. The groundbreaking stop-motion effects work of Willis O'Brien are on full display, and while the acting style is decidedly pre-Method, the story enthralls, and the picture moves briskly along to that immortal climax atop the Empire State Building. An early sound masterpiece from directors Merian C. Cooper (who also helped originate the story) and Ernest B. Schoedsack. This still outshines both re-makes.