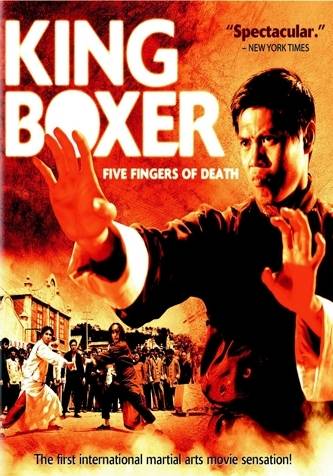 At the behest of his elderly master (Wen Chung Ku), martial-arts novice Chao (Lo) enrolls in a karate school famed for teaching the deadly Iron Fist technique. Chao must start at the bottom, however, performing menial tasks before working his way up to the higher training level. Meanwhile, evil rival Ming Dung Shun (Fung) has dispatched hired killers to dispose of the school's best fighters, fearing they may upset his own in the All China Tournament.

You don't have to be a die-hard kung-fu fan to enjoy this Shaw Brothers classic, a favorite of Tarantino and Harvey Weinstein's. The fight sequences are energetically choreographed (actors back then used trampolines instead of wires to "fly"!) and have a visceral brutality. Like Bruce Lee's "Enter the Dragon," the plot revolves around rival martial-arts schools (one good, one very bad), and a quest for vengeance. In a final showdown with Ming's cohorts, Chao's hands glow, indicating his technical mastery of the Iron Fist. Hence, this punchy, stupendously kinetic film earns its alternative title, "Five Fingers of Death."