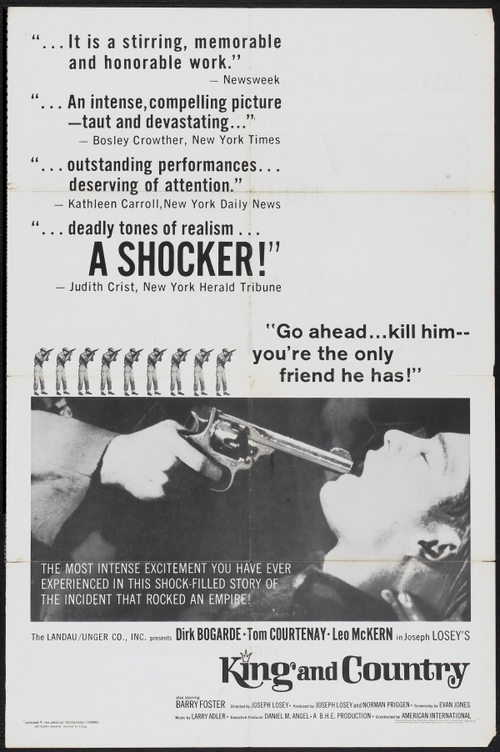 One day, after a prolonged stint on the gruesome front lines of World War One, Private Hamp (Courtenay), a British infantryman, simply gets up and walks away from the battlefield. Accused of desertion, he is represented at his court-martial by the upper-crust Captain Hargreaves (Bogarde). What at first appears like a straightforward case of cowardice becomes more complex as Hargreaves learns more about Hamp, and how the war has affected his life. Even as his sympathy for Hamp grows, Hargreaves recognizes it may be impossible to save his client from a firing squad.

Winner of a Best Picture BAFTA, this intelligent, restrained anti-war entry deserves wider recognition, as it follows in the proud tradition of Kubrick's "Paths Of Glory," and approximates its visceral impact. Once again, we see the anonymous front-line soldier as a powerless pawn, used and then discarded by the backroom brass. The injustice of war is not the only thing on trial here, however; the British class-system also comes in for close examination, as the unschooled, working class Hamp gazes on his university-educated accusers as if they were alien beings. A heart-rending film, punctuated by top-flight performances from Courtenay, Bogarde, and Leo McKern.