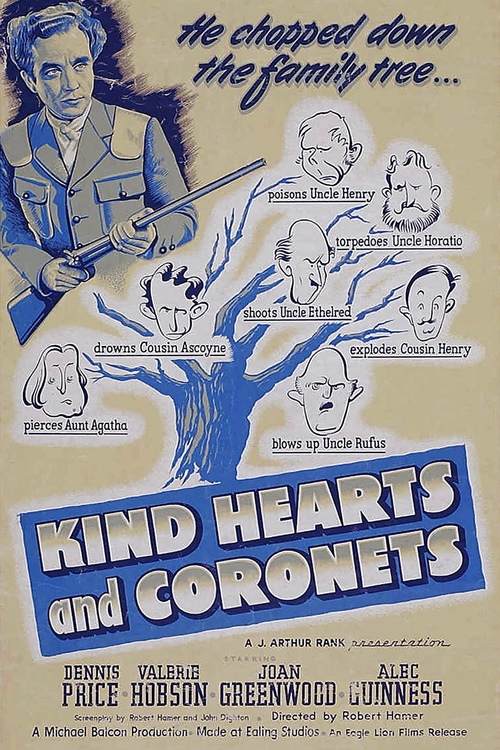 Louis Mazzini (Price), a scheming, financially strapped aristocrat, resolves to bump off the eight relatives (all played by Guinness) that stand between him and a lucrative Dukedom. He devises extremely inventive ways to dispatch each member of the D'Ascoyne line, which includes a banker, a parson, an admiral, and perhaps most memorably, the stately Lady Agatha (not to mention the Duke himself). Though we know Louis won't get away with it, still murder was never so much fun.

Everything is right in this wickedly clever tale from the fabled Ealing Studios. "Hearts" was the feature that heralded a golden age of comedy there, with most of its best entries featuring Guinness. The smooth, debonair Price applies just the right air of cool detachment to his despicable character, while an almost unrecognizable Guinness achieves an acting tour de force in priceless portrayals of the eight doomed relatives. One of the top comedies from across the pond.