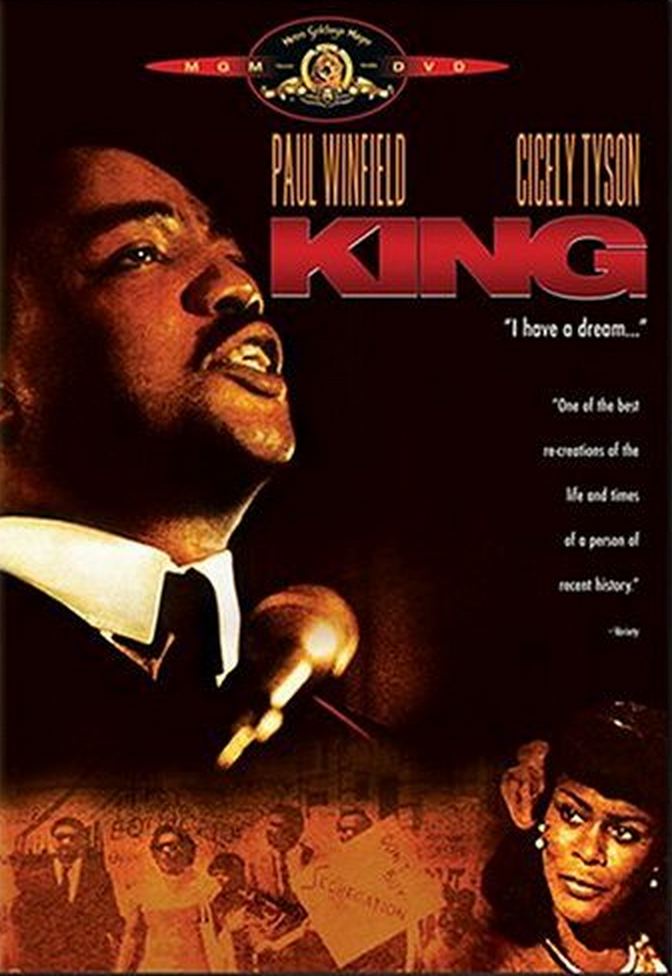 Originally a three-part miniseries, this masterful biopic traces the rise of Martin Luther King, Jr. (Winfield) spanning his early ministerial work, the first peaceful demonstrations in Montgomery, his defining speeches of the 1960s, and his dealings with bigots, despots, and presidents. Supported by steadfast wife Coretta (Tyson), King presses on in his tireless crusade for racial justice, ignoring his own needs for the sake of the cause until an assassin claims his life.

Written and directed by Oscar/Emmy winner Abby Mann, "King" is a meticulous recreation of MLK’s odyssey from spirited young Baptist preacher to anointed spokesman for the vast non-militant wing of the Civil Rights movement. The revelation here is the extent to which King did not choose his thorny path, but was chosen, both by his own people and a higher power. Winfield and Tyson (who’d starred together in the fabulous "Sounder" six years prior) are both superb as Martin and Coretta, and along with Mann’s incisive script and a stellar supporting cast, they make "King" a powerful and enlightening experience.