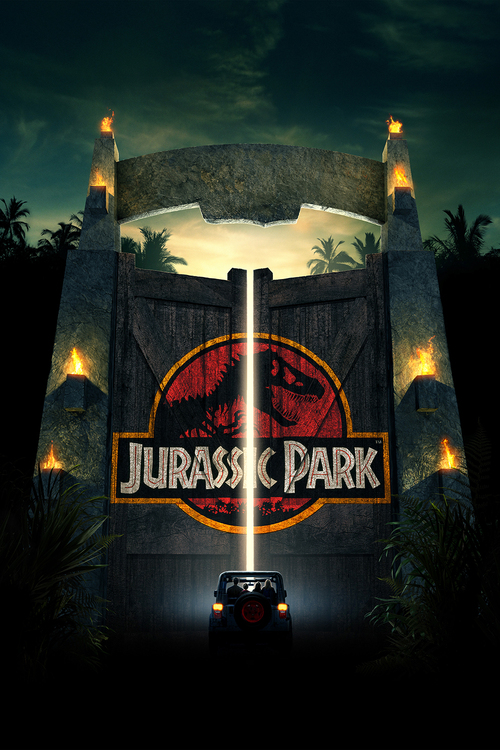 Mogul John Hammond (Attenborough) brings together a group of scientists, including Drs. Alan Grant (Neill), Ellie Sattler (Dern) and Ian Malcolm (Goldblum), to unveil his most astonishing feat: Hammond's own scientists have isolated and replicated dinosaur DNA, allowing him to create a zoo/amusement park where customers will experience real dinosaurs. However, during this visit, an act of sabotage and a violent tropical storm combine to shut down the park's sophisticated security system, giving some large and deadly prehistoric beasts the run of the place.

Based on Michael Crichton's best-seller, this nerve-jangling monster movie takes time to gather steam, but once it does, look out! Groundbreaking computer effects make the dinosaurs frighteningly real; and, as always, Spielberg knows just how to build tension, inch by gut-wrenching inch. The initial Tyrannosaurus scene is downright terrifying (particularly the first time around), along with those raptors in the kitchen. Whole cast is fine (including Samuel L. Jackson and Wayne Knight in supporting roles), but make no mistake: the dinosaurs are the real stars. (The original feature is vastly superior to the two sequels.)