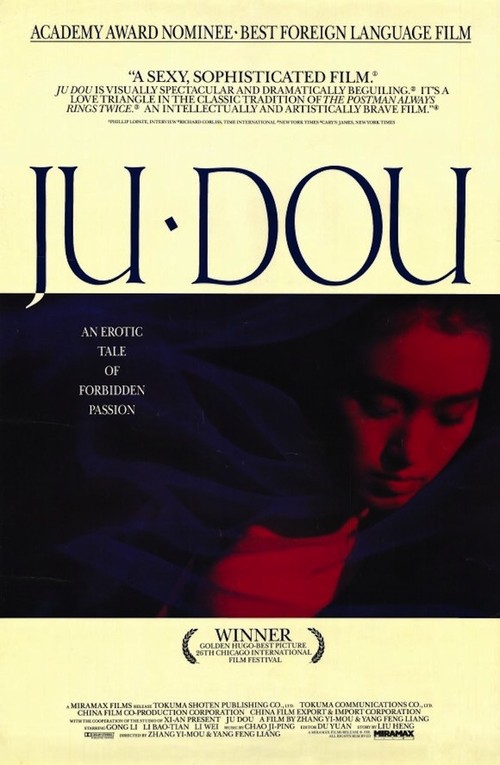 In 1920s China, poverty-stricken Ju Dou (Gong Li) becomes the third wife of  a wealthy, aged silk dyer, Jin-shan (Wei), who severely abuses his bride for failing to give him a male heir. Ju Dou finds comfort in the arms of her husband's handsome nephew Tianqing (Li Bao-tian),  and eventually has a son by him. For the sake of survival, she claims the boy is Jin-shan's. The boy grows up cruel like his supposed father, which eventually threatens the enduring, but still secret, love affair between his actual parents.

Zhang Yimou creates a torrid, visually arresting portrait of repressive, small-town Chinese life in "Ju Dou," with the ravishing Gong Li at the story's center. Sumptuous colors, tight plotting, and passionate performances distinguish this tense and involving film. Notably, it received an Oscar nod in the Foreign Language category, over the strenuous objections of China which had tried to suppress it. Yimou also won the Best Director prize at Cannes. Watch the superlative "Ju Dou," and you'll see why.

Judas and the Black Messiah