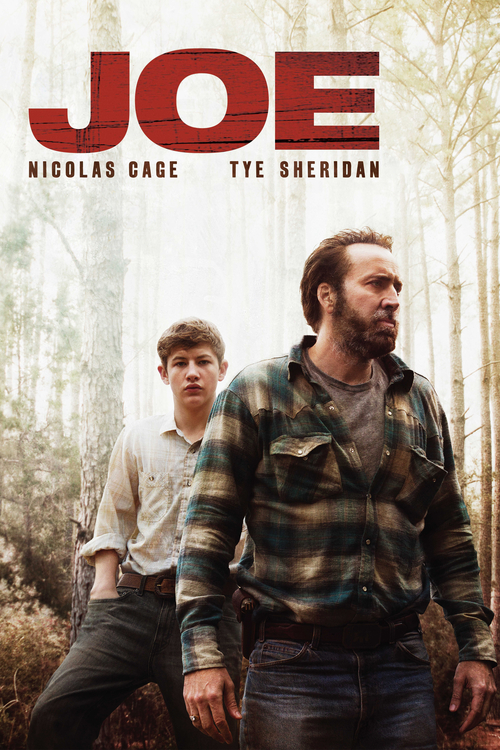 By day, ex-con Joe Ransom (Cage) manages a crew of workers in the woods of rural Texas, and lets off steam after hours with booze and visits to a local brothel. He tries to keep his nose clean despite frequent provocations from the law, and the presence of low-life creep (Blevins) who keeps taunting him over a prior altercation. When he meets teenage Gary (Sheridan), who's broke and desperate for work, he takes pity on the boy and takes him under his wing. But Gary's father Wade (Poulter) is a mean drunk whose violent anger knows no bounds. Joe is faced with a moral dilemma: either desert the boy, or protect him.

Based on the novel by Larry Brown, Green's Southern drama oozes atmosphere due to evocative locations and the salty authenticity of its mainly non-professional cast. Most notable is Poulter, whom Green discovered on the streets of Austin; sadly, he died shortly after completing the film. Sheridan is also terrific as Poulter's abused son. Still, the film belongs to Cage, who ferociously inhabits the role of a damaged soul given one last shot at redemption. It's his best work in years. By all means, get acquainted with "Joe."