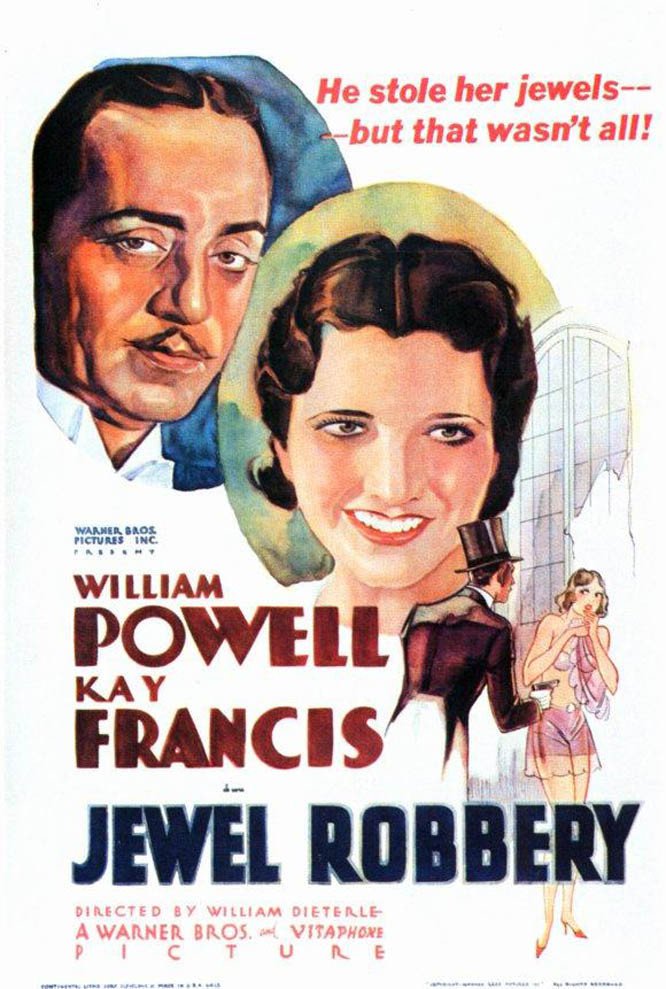 At a Vienna jewelry shop, the Baroness Teri (Francis) delights in the 28 carat diamond ring her dull husband has bought her.  At the same time, she toys with the affections of her current lover (Albright). When a suave jewel thief (Powell) takes over the store, they flirt shamelessly, but he still steals her new ring. She then covers for him to the police. The following night, the Baroness is a bit surprised, and more than a little excited, when he sneaks into her boudoir!

Released before the Hays Production Code was passed, the fifth of seven Powell/Francis films is a sparkling, light-footed romance abounding in racy repartee and sexual innuendo. The two stars exhibit sizzling chemistry, with Powell expertly playing the silver-tongued criminal and Francis luxuriating in her role as the wayward wife. Extravagant set pieces and outré costumes, along with “funny cigarettes” add to the carefree, seductive ambience. This sophisticated charmer is a “jewel” indeed!