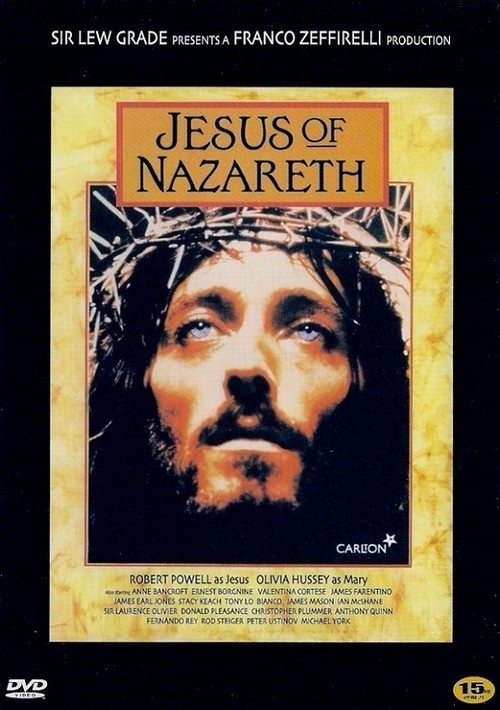 This landmark mini-series tells the life story of Jesus Christ (Powell), from his birth in Bethlehem to the Virgin Mary (Hussey) to his death on the cross at Golgotha on the order of Pontius Pilate (Steiger), and its miraculous effect on his twelve apostles. Franco Zeffirelli’s humongous, international all-star production met with hostile protests even before it aired on network TV in 1977, thanks to the director’s claim that he would depict Jesus as an ordinary man.

This is no “Last Temptation of Christ”—nor is it a grotesque death march a la “Passion of the Christ.” Reverent, enthralling, and ardently faithful to the Gospels, this solemn, sensitive film is epic in scope; at over six hours in length, it unfolds at a contemplative pace. With its elaborate staging, desert locations, and haunting score, “Jesus Of Nazareth” etches into your memory with iconic power. And what a cast! Michael York, James Earl Jones, Anne Bancroft, Ernest Borgnine, Donald Pleasence, and many, many other big names fill out supporting roles, while the crystal-eyed Powell comes as close as any actor ever has to embodying both the majesty and mystery of the Biblical Son of God. In my opinion, this represents the finest version to-date of the greatest story ever told.