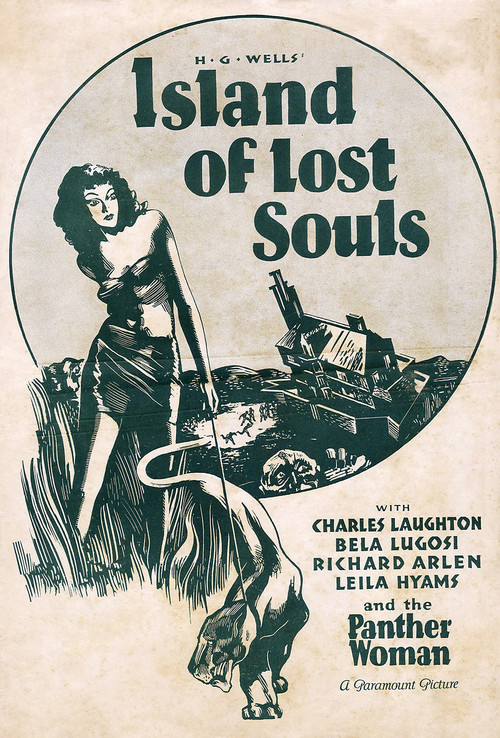 When shipwrecked sailor Edward Parker (Arlen) is picked up at sea, he thinks his troubles are over. In fact, they are just beginning. His rescuers bring Edward to the private island of the mysterious Dr. Moreau (Laughton) where he is kept prisoner. Eventually, the young man discovers that the good doctor has been using his remote paradise to conduct horrific experiments turning beasts into men. Worse yet, Edward's been picked to play a key role in a perverse test involving his latest creation: Lota, the Panther Woman (Burke).

Based on H. G. Wells's novel "The Island of Dr. Moreau," this daring pre-code entry, dripping with sadism and sexual obsession, still has the power to chill. Particularly striking is the groundbreaking use of makeup, which transforms a gaggle of extras into a gallery of grotesques. Still, it's Laughton's juicy turn as Moreau that's most unnerving. In just his second Hollywood outing, this amazing actor sets the template for all mad scientists to come. Also look for Bela Lugosi as one of the head beasts. Vintage horror fans: set a course for this "Island."