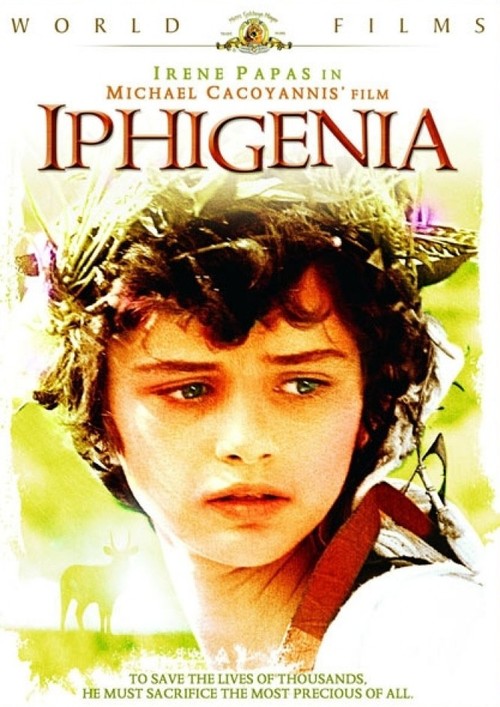 With ambitious King Agamemnon (Kazakos) in command, the Greek army prepares to launch its thousand ships to wage war on the Trojans and bring home the philandering Helen, wife of Agamemnon's brother King Menolaus. But the gods are angry and withhold the wind needed to power the ships. Mad for revenge, Menolaus convinces his brother that the sacrifice of Agamemnon's young daughter Iphigenia (Papamoschou) is the only way to appease the deities. Misguided Agamemnon agrees to put country before child, much to the horror of his wife Clytemnestra (Papas). And thus the stage is set for an epic tale of violence, vengeance, and betrayal.

Knowing a good story when he hears one, director Caccoyanis keeps his lush, striking film faithful to Euripedes' drama, using the moving poetry of the original text to convey ageless truths about human relationships, honor, and duty. Papas and Kazakos are colossal — she as the enraged mother desperate to protect her child, he as the military leader willing to risk anything to achieve his goals. And young Papamoschou is also breathtaking as one of the greatest sacrificial lambs in all literature. It's little wonder this “Iphigenia” was nominated for both an Oscar and the Cannes Palme d'Or.