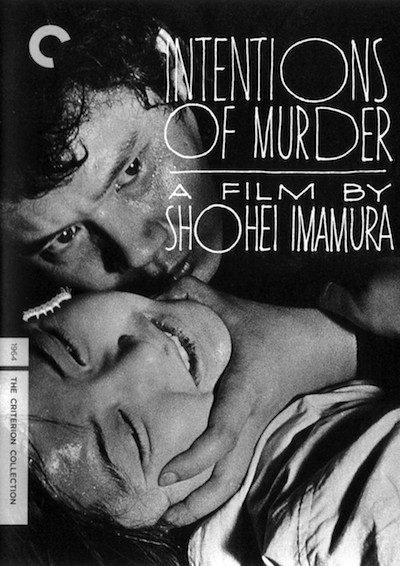 The plain, dumpy Sadako (Hurukawa) is the common-law wife of the sickly Riichi (Nishimura), although he treats her more like a servant. Though they have a young son, Riichi’s mother refuses to recognize Sadako as the lawful mother. Meanwhile, the neglectful, class-conscious Riichi is having an affair with a co-worker. Just when things couldn’t get worse, one day an intruder named Hiraoka (Tsuyuguchi) breaks into Sadako’s home and rapes her.  Amazingly, Hiraoka then returns for more, and gradually the two develop a fraught, fragile relationship. When he suggests running away together, Sadako is tempted to leave her miserable existence. But is a life with Hiraoka even a viable alternative?

Imamura’s final film in his “Pigs, Pimps and Prostitutes” trilogy continues to explore the lower rungs of humanity via victimized women who struggle within the confines dictated by fate and a constricting society. In marked contrast to, say, the aesthetic rigor and simple nobility inherent in Yasujiro Ozu’s work, Imamura’s screens are messy and his characters deeply flawed, revealing a darker, more twisted perspective on the character and customs of his native land. Imamura balances the base themes of rape and violence with stunningly inventive camerawork and revealing flashbacks in this shocking work of art.