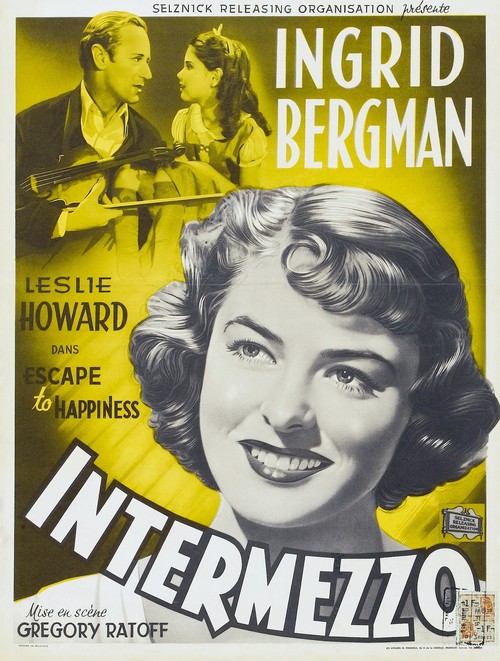 Renowned, married violinist Holger Brandt (Howard) returns from a concert tour, and meets Anita Hoffman, his daughter's piano teacher (played by Bergman in her first English-speaking role). He first takes a professional interest in her, which soon becomes more personal. Now in love, he asks his wife (Best) for a divorce, but she sensibly advises him to think it over first. On tour with Anita, Holger watches as she becomes a success. Still, he's torn with guilt over the possibility of losing his family. With all that stands in their way, is this love meant to be?

This short, tender romance retains a special purity and charm. Bergman, who played the same role in an earlier Swedish version, is breathtaking, while Howard exudes sensitivity in a none-too-sympathetic role. The heartfelt interactions between these two gorgeous stars are punctuated by some very lovely music (Louis Forbes was Oscar-nominated for his score). Produced by David O. Selznick and featuring cinematography by the legendary Gregg Toland (earning an Oscar nod), this "Intermezzo" plays out as grand romance with a capital "R."