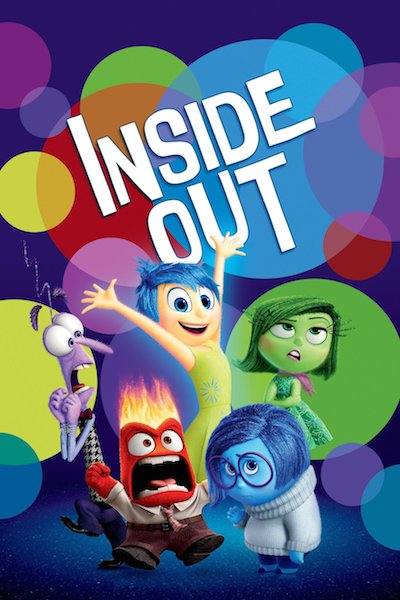 Riley (Dias) is a normal 11 year-old girl who loves living in Minnesota with her parents, and enjoys playing hockey. When her family abruptly relocates to San Francisco, Riley is suddenly at the whim of conflicting, volatile emotions. Joy (Poehler), Sadness (Smith), Fear (Hader), Disgust (Kaling) and Anger (Black) run the control panel in Riley’s head, but Sadness seems to be taking over and causing havoc.

Pixar’s 15th feature is a mind-bending feat of wit and wisdom aimed at young and old alike. Younger viewers will marvel at the candy-colored world inside Riley’s head, while more mature types will appreciate such clever creations as The Train of Thought. You don’t need a degree in psychology to be delighted at every turn, even as Docter refuses to dumb down some perceptive ideas about growing up and navigating the complexities of childhood. This one’s a winner, inside and out.