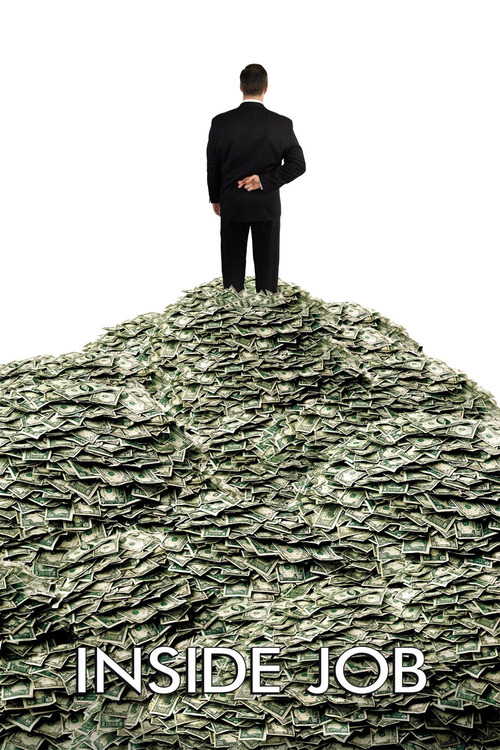 The devastating financial crisis of 2008 left many innocent victims, all justifiably confused about its causes. Charles Ferguson's penetrating documentary lays bare the roots of the disaster and shows, step-by-step, how irresponsible, short-term speculation came close to transforming the world economy into one vast, ruinous Ponzi scheme. Featuring interviews with economists who raised warning flags, ordinary families left impoverished by greedy bankers, and some of the central perpetrators of this immense crime, this doc brings together all the disparate pieces of a highly complex puzzle, helping us better understand how the greatest theft in history was even possible.

Winner of the Best Documentary Academy Award, Ferguson's razor-sharp, cleanly-argued, compulsively watchable documentary is a virtuoso piece of non-fiction filmmaking, and mandatory viewing for anyone wanting to better understand the causes of the economic collapse. For those confused by derivatives, credit default swaps and other devices of financial speculation that nearly brought the U.S. to ruin, worry not. This doc is bent on education but uses inventive graphics, catchy music and snappy montages to entertain as it informs. And, in highly confrontational interviews with the culpable captains of industry, it generates anew that keen sense of outrage we all felt when the meltdown was first upon us.