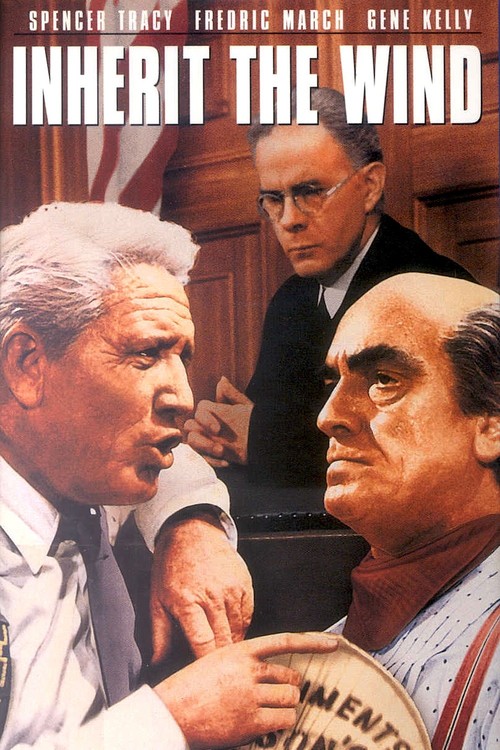 In this courtroom drama based on the landmark Scopes Monkey Trial of the 1920s, defense lawyer Henry Drummond (Tracy) and fundamentalist prosecutor Matthew Brady (March) face off when schoolteacher Bertram Cates (York) is put in jail for teaching evolution in tiny Hillsboro, Tennessee, with the arrest instigated by his girlfriend's disapproving father, Rev. Jeremiah Brown (Akins).

Kramer's spellbinding film features a deft performance by Tracy as the rumpled, deceptively plain-spoken Drummond (modeled on Clarence Darrow), matched by March's larger than life, virtuoso turn as Matthew Brady (based on William Jennings Bryan). Just sit back, pretend you're sitting in that humid courtroom, and watch two old pros at work. You'll re-live history. (Also look for Gene Kelly in one of his only serious, non-dancing roles, as a cynical journalist based on H.L. Mencken.)