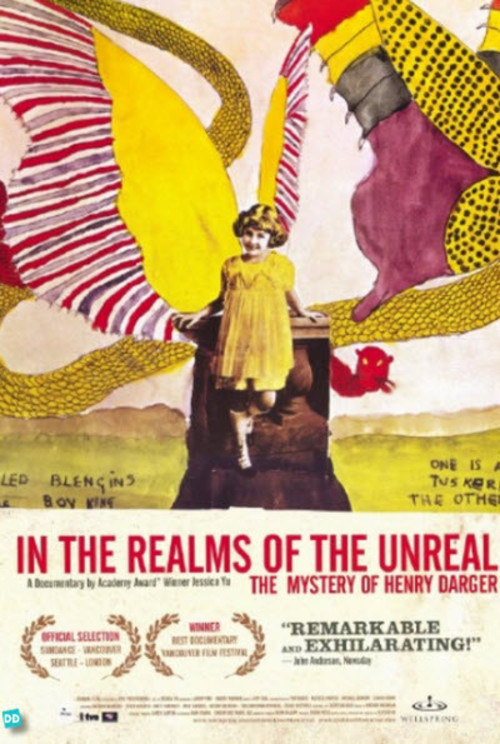 In the Realms of the Unreal: The Mystery of Henry Darger

Jessica Yu's documentary delves into the work of one Henry Darger. To the outside world, he was an eccentric, reclusive hospital janitor, but behind closed doors, he became an artist, writer and illustrator of astonishing talent, whose prolific output was only discovered on his death. Yu focuses on the intricate world Darger created for himself through his art, and we see how his rich fantasy world compensated for his inability (or unwillingness) to engage in the banality of the real world.

As director/writer Yu unfolds this astonishing true story, we are mesmerized, not only by the singular way this man lived, but by the divine, child-like purity of his gift, as over a lifetime he practiced his art for his own fulfillment and enjoyment, sharing it with no one. Rather than join society, or retreat into a miserable isolation, he created his own rich fantasy world, where he could pull the strings. Best of all, on his departure, he left it all for us to discover. This fascinating, one-of-a-kind feature shows us the hidden wonder inside one solitary person's time on earth.

In the Same Breath