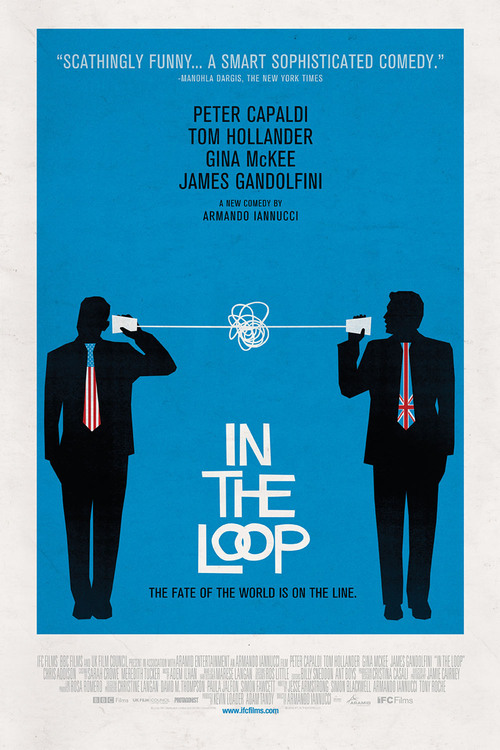 When hapless government minister Simon Foster (Hollander) ill-advisedly tells a radio host that conflict with an unnamed Arab nation is unforeseeable, Downing Streets acid-tongued communications director Malcolm Tucker (Capaldi), a Scottish bulldog for the prime minister's hawkish agenda, flies into a tizzy. Needing to do damage control, Tucker travels to Washington D.C. to meet with American leaders hoping to make the case for war. But there are pro- and anti-war factions at the Pentagon, including a hard-nosed State Department official (David Rasche) and a dovish general (Gandolfini). Who can control media messaging and build public support with so much bitterness in the air?

Based on a popular British TV series, Iannucci's "In the Loop" is a fast and furiously funny satire of Whitehall and White House political culture in the run-up to the Iraq war, packing more bilious wit and caustic putdowns than an entire season of "The Office." At the center of it all is Capaldi's Tucker, an absolutely scalding presence whose angry tirades and demeaning, expletive-laced exchanges with underlings and uncooperative officials send this uproarious film into overdrive. Mimi Kennedy (as a dentally challenged diplomat), Chris Addison (as college-young adviser Toby), Gina McKee (Tucker's assistant Judy), and James Gandolfini (playing against type as a peaceable Pentagon leader) round out a crackerjack ensemble cast. Who said politics couldn't be rip-roaring fun?

In the Mood for Love