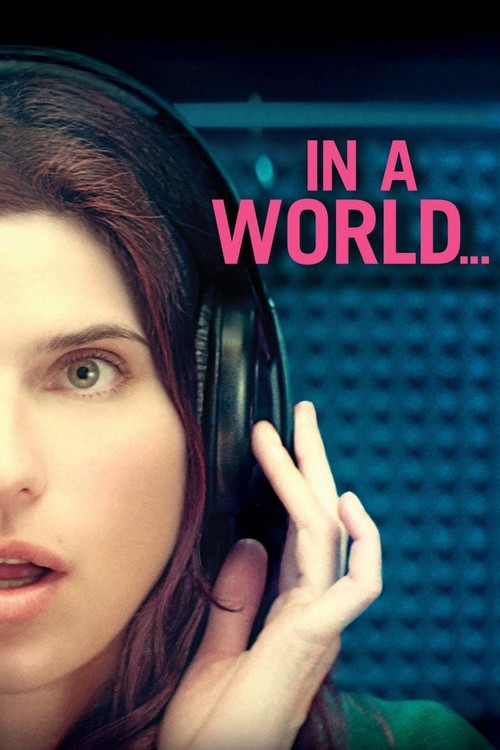 Underachieving vocal coach Carol (Bell) longs to follow in the footsteps of her famous father Sam Sotto (Melamed) as a hugely successful trailer voiceover artist. But it’s a man’s world, and Sotto is grooming oily protégé Gustav (Marino) to narrate an upcoming epic “quadrilogy.” With the encouragement of her sister Dani (Watkins) and love-struck audio technician Louis (Martin), Carol decides it’s time that her own voice be heard.

With a cinematic simplicity that belies its depth, Bell makes smart social commentary under the guise of a lighthearted comedy. Probing Hollywood sexism, father/daughter competitiveness and the power of female expression, Bell demonstrates her talents as writer and director, with a snappy script, natural performances and assured pacing. She herself plays Carol with just the right blend of determination, goofiness and insecurity, successfully downplaying her astonishing physical beauty. Melamed, the former voice of “NFL Today,” is perfect as her prideful, pussycat-at-heart father. With hilarious cameos by Eva Longoria and Cameron Diaz, Bell scores loud and clear with her debut feature.

In from the Cold? A Portrait of Richard Burton