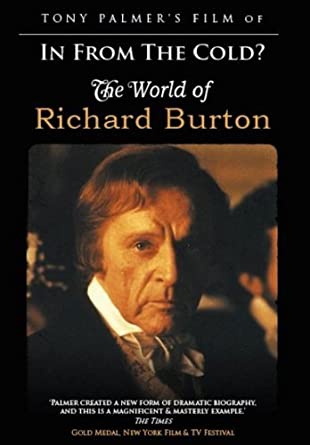 In from the Cold? A Portrait of Richard Burton

Richard Walter Jenkins was born in 1925 in a small village in Wales and lost his mother by the age of 2. He was acknowledged as special early on. While his brothers and father worked in the coal mines, he went to live with an older sister, and then was taken in by Philip Burton, a mentor whose name he adopted. Success and acclaim on the British stage was followed by a move to Hollywood. A life of fame and fortune ensued, as messy as it was exciting. But peace and contentment proved elusive.

Palmer, who worked with Burton on the epic Wagner mini-series, creates an extensive tapestry of the Welsh actor, striking in its balanced reportage. In archival interviews Burton reveals himself as a complex, insecure, but reflective soul with an outsize talent…and outsize appetites, which too often caused him to go for the easy money. Footage from his famous (and not so famous) work is included, as well as the obligatory Burton/Taylor profiles. If you’re not already a fan of Burton, this riveting exploration of conflicted brilliance may change your mind.