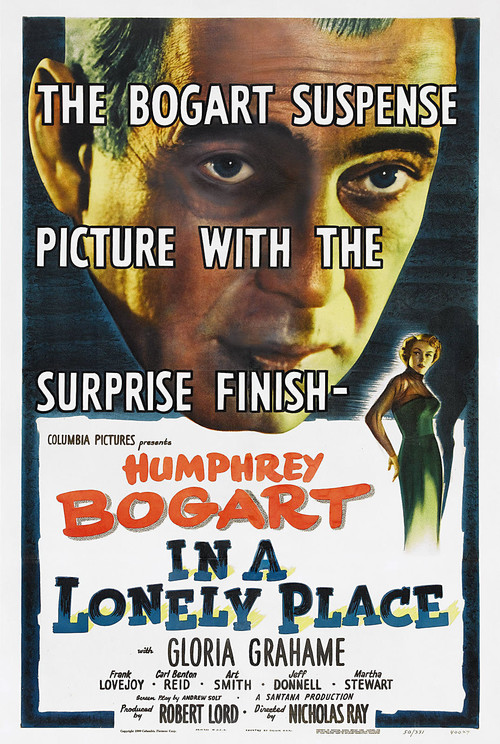 In a Lonely Place

Volatile screenwriter Dixon Steele (Bogart) finds himself in hot water, needing to clear himself of a murder rap after a lady he took home one night ends up dead. Fortunately his sexy neighbor Laurel Gray (Grahame) decides to supply him with a much-needed alibi. Then, as the investigation progresses and she gets to know Dixon more intimately, Laurel begins to second-guess her own memory and judgment. Has she helped a murderer go free?

Nicholas Ray's first-rate mystery defines everything a whodunit should be. The cranky, enigmatic Bogie seems tailor-made for the role of the tortured writer, while Grahame lends a sultry, heavy-lidded allure to the character of Laurel. (Trivia note: Grahame was actually married to Director Ray at the time, but they split soon after. Later, she'd marry his son!) Probing, literate and atmospheric, this "Place" is well worth visiting.