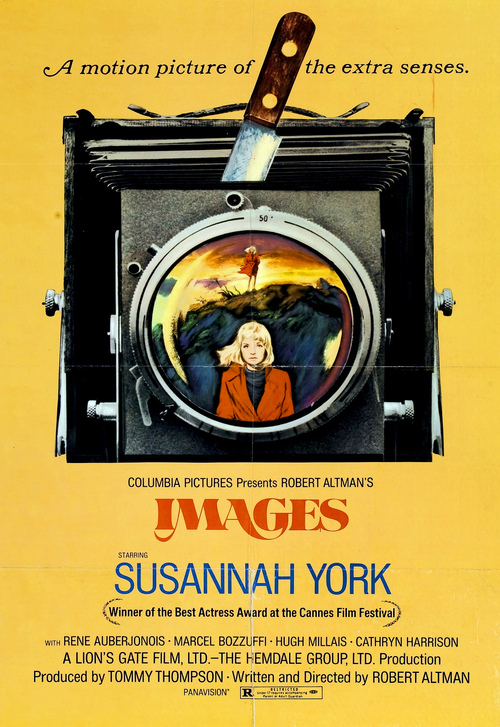 "Images" concerns Cathryn (York), a woman whose last vestiges of reality are giving way to schizophrenia. Her disintegration occurs mainly at the Irish country home which she and her husband Hugh (Auberjonois) share. Other mysterious, predatory men pop in and out of the film as well, but since the viewer is trapped inside Cathryn's diseased mind, it's hard to tell just who or what is real.

Altman's weird, creepy film builds dread and disorientation as we experience madness right alongside the central character. Altman's choice of rustic Irish setting is ideal, as cinematographer Vilmos Zsigmond uses its dank, remote quality to accentuate Cathryn's building isolation and paranoia. The movie's bleak, opaque quality will not be to all tastes, but psychological horror fans should pounce. Outstanding in the lead, York anchors this under-exposed chiller, which you'd be crazy to miss.