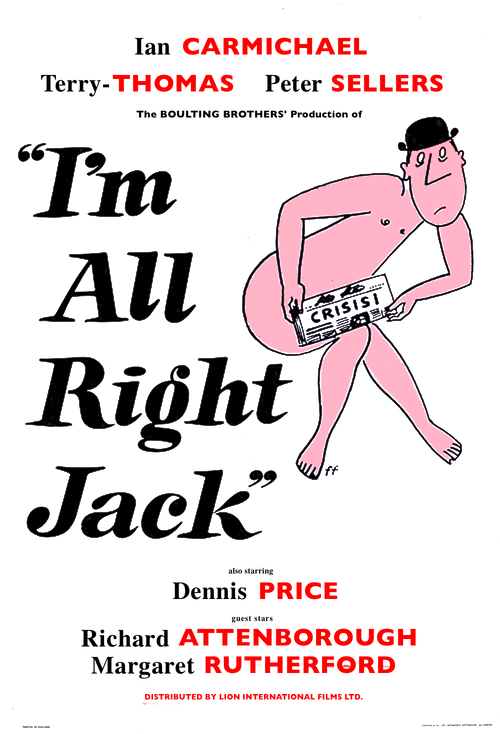 Upper-class English dolt Stanley Windrush (Carmichael) wants to be a working man, but his job-placement interviews only confirm his confounding dimwittedness. So he finally lands a job in his uncle’s munitions factory, where he is rightly viewed with suspicion by the unionized workers his blueblood benefactor hopes he’ll spy on. Neither Mr. Kite (Sellers), the Marxist union boss who takes him under his wing, nor scheming manager Major Hitchcock (Terry-Thomas) has any idea just how guileless Windrush really is, though. Before long, his over-efficient handling of a forklift leads to a full-tilt showdown between labor and management.

Written, produced, and directed by John and Roy Boulting, this hilarious, equal-opportunity satire of working-class struggle and good ol’ boy nepotism in 1950s England caustically expressed the frustrations of a nation arguing with itself in the postwar years. Boasting a terrific cast, a tartly irreverent screenplay, and plenty of entertaining dialogue, “Jack” is mostly remembered these days as the definitive launching pad for Sellers in film, and his brilliant performance shows in embryonic form what he’d later refine to the point of genius: the art of charade.