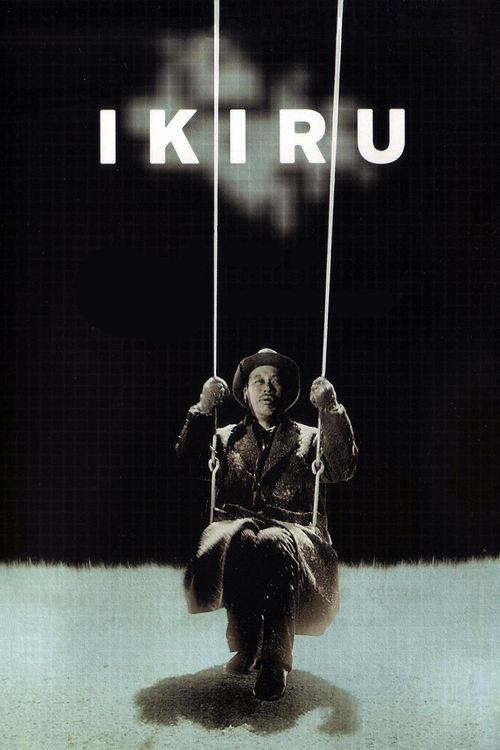 As a 30-year veteran in a humdrum government office, civil servant Kanji Watanabe (Shimura) has lived a dull life of rigid routine. After learning he has one year to live, Kanji embarks on an odyssey to find meaning in his life, first in the shallow comforts of debauched nightlife, and then in the company of his estranged son's family. But it isn't until he meets bubbly, vivacious office girl Toyo (Odagiri) that he's inspired to leave an honest, meaningful legacy.

Though best known for his samurai epics, Kurosawa in 1951 crafted this profoundly moving tale about finding purpose and dignity in the forbidding face of death. In one of the richest performances of his career, veteran actor Shimura ("Seven Samurai") plays a man struggling with the idea of how to live after decades of entombment in a heavily routinized existence. Odagiri is marvelous, too, as the bright, attractive young girl who leads him to rediscover the community-minded idealism of his youth. "Ikiru" may be Japanese in provenance, but its appeal is universal.