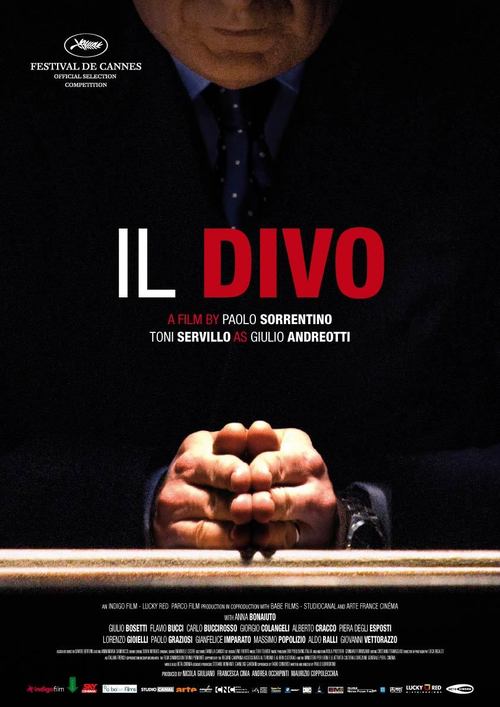 An unusually vivid life-and-times portrait of controversial, Italian Prime Minister Giulio Andreotti (Servillo), a leader with close ties to the Vatican and the Mafia who was indicted for the murder of centrist rival Aldo Mori and later acquitted. Gloating over his political triumphs while his challengers perish, sometimes in a hail of bullets, the soft-spoken Andreotti methodically scales his way up the ladder to presidential power.

The furthest thing from a respectful, politically correct biopic, Sorrentino’s kinetically edited, go-for-broke, almost operatic feat of visual imagination and historical reconstruction takes a slyly humorous slant on the notorious exploits of the seven-time PM, now a senator for life in his native country. Servillo’s Peter Sellers-esque portrayal of the scandal-plagued politician is equal parts deadpan caricature and grand, character-channeling embodiment. A stylish, utterly original twist on conventional docudrama, with a killer score.