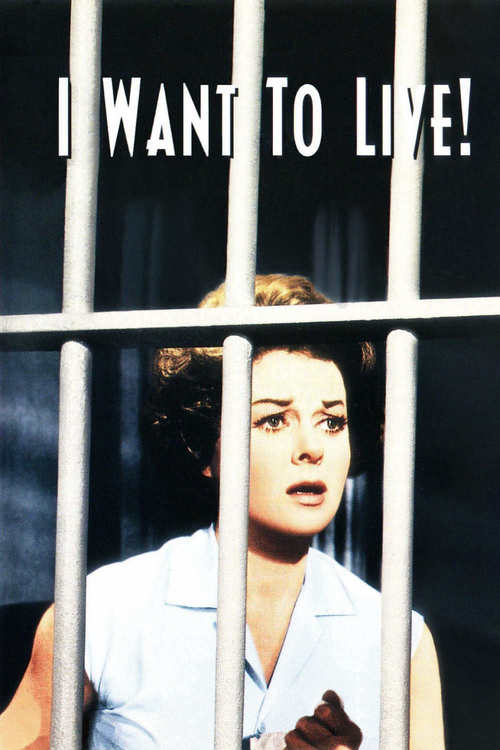 I Want to Live!

Barbara Graham (Hayward) is a hard-living, hard-partying woman with a young son she loves and a lot of unsavory friends. She's served time for prostitution and perjury, but when she's framed for the brutal murder of an eighty year old woman, she graduates to something much more lethal... the death sentence. From the start she proclaims her innocence, but the press, public, and court give her no mercy. Journalist Ed Montgomery (Oakland) and a series of lawyers work hard to appeal her conviction, but as the hours tick by, execution seems all but certain.

In this somewhat fictionalized account of a true-crime story, Hayward gives a passionate, Oscar-winning portrayal, by turns defiant and achingly vulnerable. While the actual murderer is never conclusively identified, the strong impression is that Bloody Babs was judged unfairly because of her disreputable reputation. Director Wise (who was Oscar-nominated for this) lets the full horror of Graham's predicament unfold gradually, culminating in a truly chilling sequence involving the painstaking preparation of the gas chamber. "I Want to Live" endures as a searing indictment of capital punishment, and at its heart is one incredible performance that will never die.