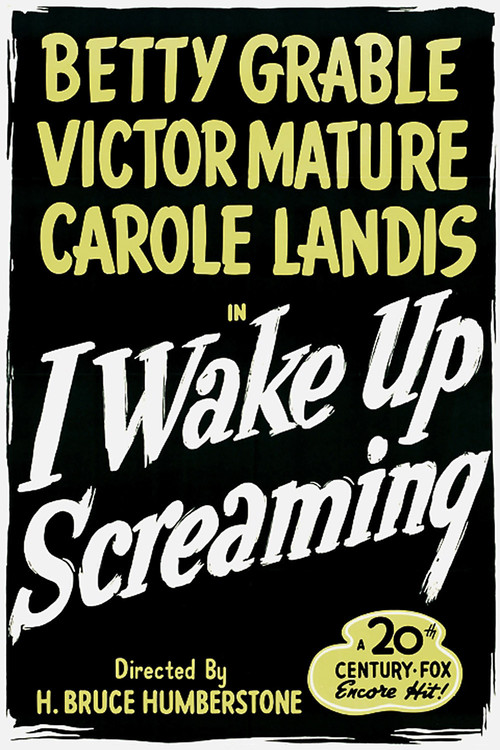 I Wake Up Screaming

After the murder of aspiring actress Vicky Lynn (Landis), the police focus their investigation on New York promoter Frankie Christopher (Mature), who'd been helping with her career, and question Vicky's pretty sister Jill (Grable). Drilled by hard-nosed detective Ed Cornell (Cregar), Frankie maintains his innocence, and finds himself drawn to explain himself to Jill. But the evidence against Frankie is piling up, and Cornell is determined to nail him.

Humberstone's enthralling psychological thriller opens with two police interrogations that quickly establish character, motives, and the events leading up to the murder via flashback. Mature and Grable (in a rare dramatic outing) turn in solid performances as a pair thrown together by circumstance and drawn into a love affair. Still, the film really belongs to Cregar, whose brutish portrayal of an unscrupulous policeman was a career high. This stunningly photographed, ominous early noir will leave you "Screaming."

I Want to Live!