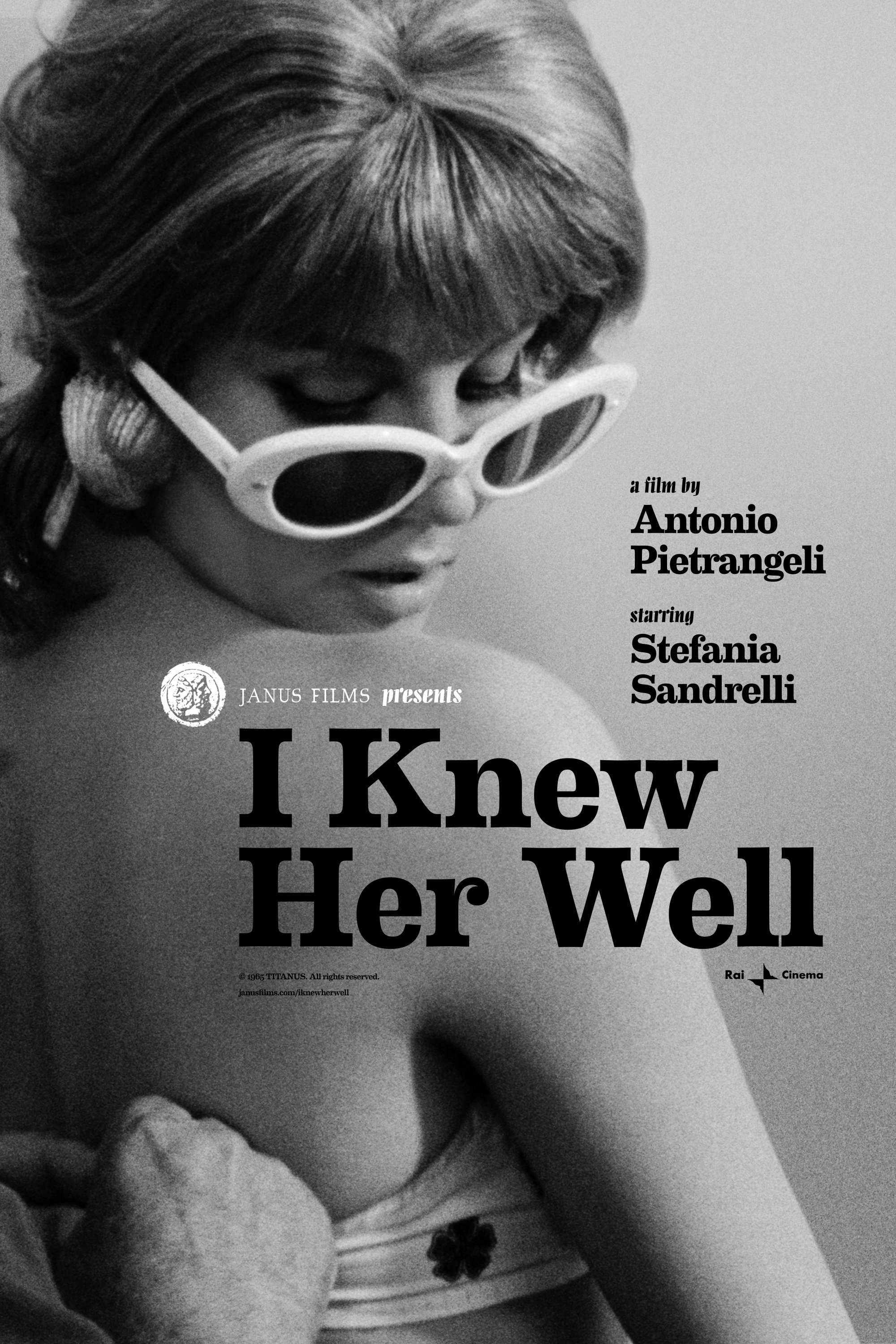 I Knew Her Well

Adriana (Sandrelli), a young woman from rural Italy, now lives in the big city working as a model and aspiring actress. Flitting between jobs and men, the beautiful Adriana seems to have it all: a glamorous lifestyle, doting friends and adoring admirers. But beneath the carefree façade, Adriana feels lonely and isolated. Realizing that she is nothing more than a plaything, Adriana starts to question her choices and existence in the fast-paced Rome of 1965.

Pietrangeli constructs this prismatic portrait of a party girl in mosaic fashion, compiling short, potent scenes that illuminate Adriana without following a linear narrative. With visual flair and a soundtrack of hit pop songs, the film feels as nonchalant as the vapid scenes it depicts until the script, co-written with Ettore Scola, introduces subtle signifiers of sorrow. Pietrangeli would die far too young, but he bequeathed to us this unheralded masterpiece that epitomizes the best of Italian film from the swinging sixties.

I Know Where I'm Going