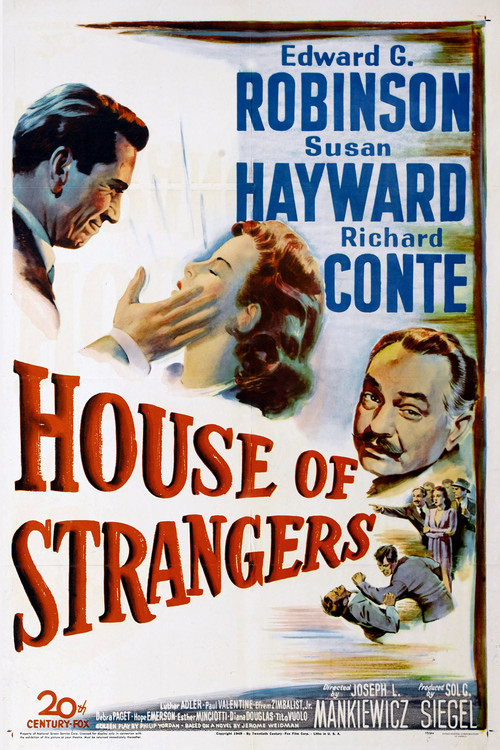 Self-made immigrant banker Gino Monetti (Robinson) treats three of his four employee sons like dirt, reserving his favor only for Max (Conte), a lawyer. When Gino's old ways of doing business run afoul of banking regulations, only Max tries to help him, and ends up doing jail time, while the other brothers wrest control of the bank from their broken dad. Once Max is sprung, his first instinct is revenge, but time and the love of a woman (Hayward) make him reconsider.

Joseph L. Mankiewicz's scorching tale of a destructive family vendetta is a stylish, well-conceived outing. Though screenplay credit went to Philip Yordan, Mankiewicz's inspired touch is evident in the film's tight pacing and sharp, flavorful script. Robinson is masterful as an Italian-American patriarch, and the under-appreciated Conte is also aces as a slick operator who's not quite as tough as he seems. For a gritty noir you won't forget, enter this "House of Strangers."

How Green Was My Valley