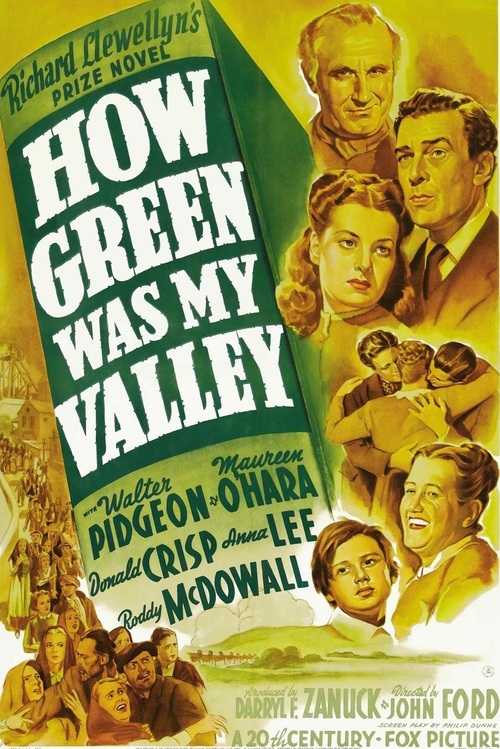 How Green Was My Valley

Told in nostalgic flashback through the eyes of Huw Morgan (McDowall), youngest of six, this film recounts a half-century in the lives of a tight-knit mining family headed by a hard-working father (Crisp) and doting mother (Allgood) in turn-of-the-century South Wales. Over the years, the Morgans cope with the continual risk of mining disasters, the upheavals of unionization, a drawn-out strike, and the evil scourge of child abuse. Meanwhile, as technology displaces manpower at the mines, the entire community sees its traditional ways of life begin to fade.

A touching, tenderly acted family saga based on the novel by Richard Llewellyn, Ford's "Valley" was a sensation in 1941, beating out "Citizen Kane" for the Best Picture Oscar. Championed by producer Darryl F. Zanuck, who worked closely with Ford, and majestically photographed, the film offers a poignant look at the fading of small-town pastoral life as it gives way to the forces of modernization. As the stern, principled patriarch who refuses to join the union, Oscar winner Crisp is solid as granite ore. Walter Pidgeon also stands out playing a minister who takes young Huw under his wing. One of Ford's fondest valentines to family, worker dignity, and the innocence of an earlier era.

How To Steal a Million