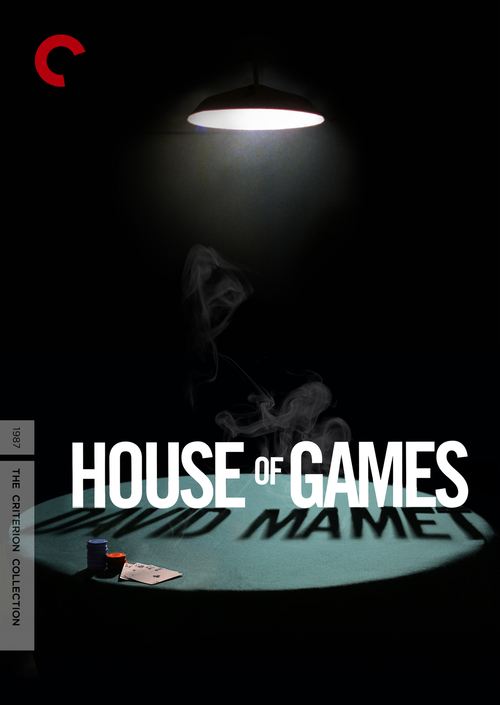 Hoping to help a patient with a gambling addiction, psychologist Dr. Margaret Ford (Crouse) ventures into the smoky back-room underworld of high-stakes cards, where she encounters Mike (Mantegna), a professional con man who nearly bilks her out of $6,000. Intrigued by his skills and wanting to learn more about the philosophy of hustling, Ford apprentices herself to Mike and soon becomes involved in a dangerous, convoluted confidence game involving the mob and a suitcase of pilfered cash.

Mamet's debut film is a slow-burning psychological thriller with a shocking ending that cleverly wraps up all of its puzzling plot twists. Mamet regular Joe Mantegna was never better than as the enigmatic Mike, a modern-day swindler with a dark streak who might or might not be preying on the obsessively curious Dr. Ford, played with cool elegance by Crouse. With its sleek visual look, caustic screenplay, and tricky Hitchcockian premise, this "House" is solid.