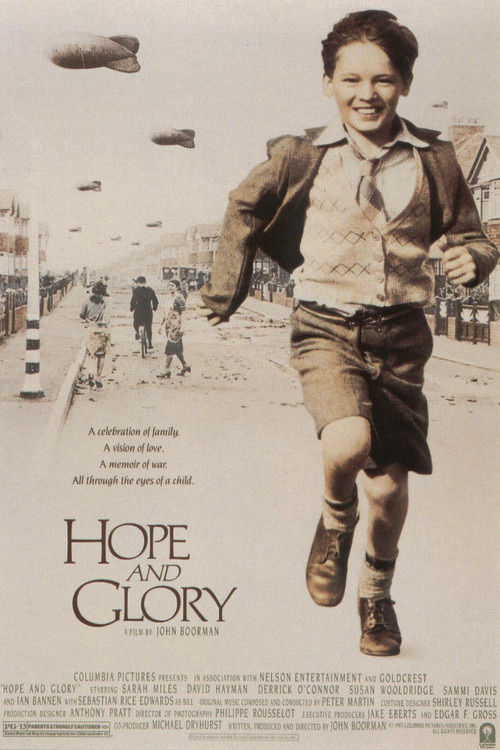 With his father in the military and the infamous Blitz of London underway, seven year-old Billy Rohan (Rice-Edwards) finds himself the lone male in a house of women, including his mother (Miles) and sister, Dawn (Davis). Instead of cowering at home, Billy is exhilarated by the nightly air raids and the general upheaval unleashed by war, as it fuels his fertile imagination. The Rohan family remains steadfast through it all, persevering through many unexpected turns of events.

A child's-eye view of war and endurance told with humor and heartache, Boorman's semi-autobiographical reminiscence of World War II is a ravishing piece of work that perfectly captures the look and feel of 1940s England. Rice-Edwards is sensational as the wide-eyed child who views the topsy-turvy world of war as only a young boy can: a thrilling adventure. Ian Bannen, as Billy's eccentric grandfather, rounds out a terrific cast, but it's Boorman's keenly recalled boyhood vision that makes this such a winning film.