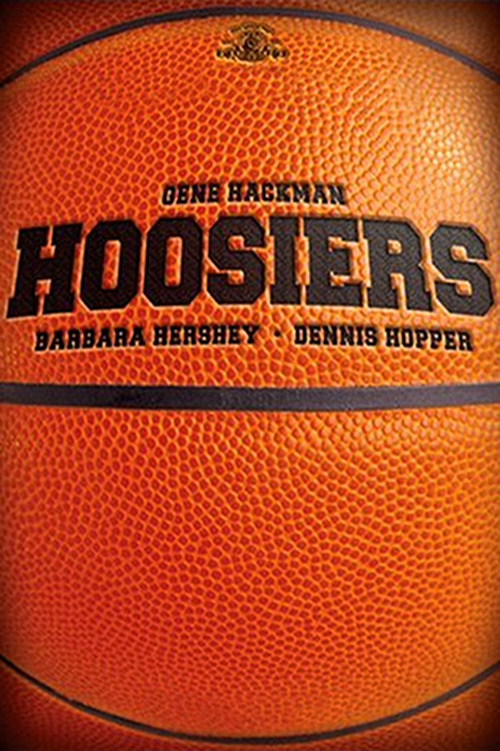 Norman Dale (Hackman) has a checkered past coaching basketball, with his natural gift for the game repeatedly undermined by a volcanic temper. Finally exiled from college ball, he takes a job coaching an Indiana high-school team with low morale and limited prospects. On a mission, Norman proceeds to whip the team into shape — but not before ruffling some influential feathers. Will Norman keep his job long enough to see how far his team can go?

Deeply felt, tense and exciting, this fact-based movie is anchored by yet another bravura Hackman performance, as a man who must confront his demons and restore his own sense of worth. Dennis Hopper also registers in an Oscar-nominated turn as Shooter, a former player who loves the game, but who's also the town drunk — until Norman jolts him back to help the team. One can also credit director David Anspaugh's expert shooting of all the on-court play, which steadily builds suspense all the way to a breathless climax. Jerry Goldsmith's rousing original score also received a well-deserved Oscar nod. Here's that rare thing: a good old fashioned, feel-great movie for the whole family (though best for older children).