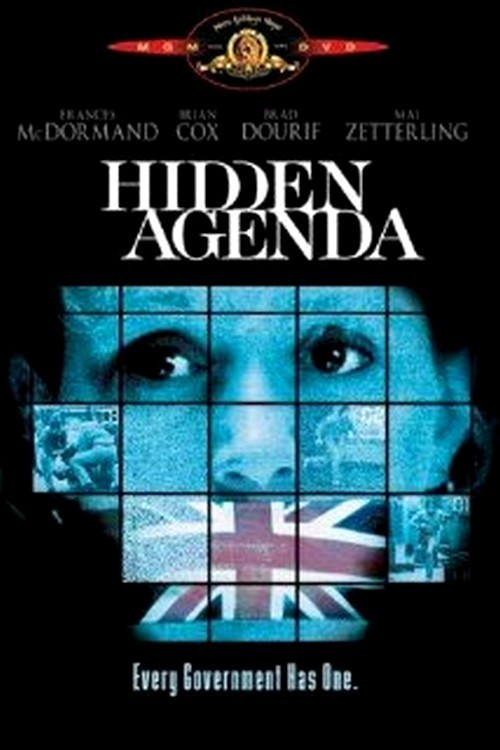 Paul and Ingrid (Dourif and McDormand) are fellow human rights activists engaged to be married. Together they travel to Belfast to investigate abuse allegations of suspected IRA members by British forces. There, Paul is handed a tape containing explosive information about corruption at the highest levels of British government. When Paul meets with foul play, it's clear the American couple have tapped into a wide-ranging conspiracy. Rather than retreat, Ingrid teams up with Kerrigan (Cox), the detective assigned to the case, to uncover the truth.

Director Loach's taut, intelligent nail-biter, which understandably did not much please our British Allies on release, nevertheless makes for gripping entertainment, pulling in the audience fast and never letting go. Loach's spare documentary style helps ratchet up the tension, as does a lean, plausible script and intense performances from McDormand, Cox, and Dourif — brilliant players all, especially when armed with solid material like this. Bring "Hidden Agenda" out into the open; it's an overlooked winner.