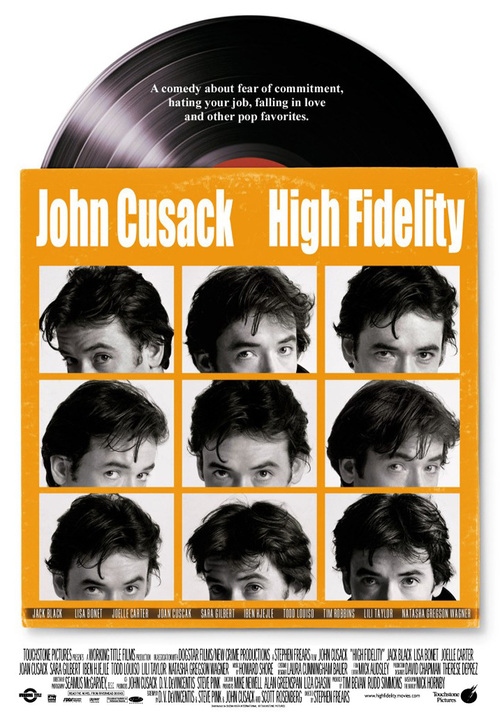 Chicago record-shop owner Rob (Cusack) finds himself examining the sorry state of his obsessive, audiophile lifestyle when his beautiful lawyer girlfriend, Laura (Hjejle), decides she needs more from Rob than the scruffy, thirty-something vinyl fetishist is willing or able to give. Dejected, Rob starts looking up ex-girlfriends and inquiring about his serial faults, while Laura hooks up with his super-sensitive, dunderhead neighbor, Ian (Robbins). Can Rob win her back, and should he even try?

Frears's funny and surprisingly insightful film, adapted from the Nick Hornby novel, examines the comic romantic entanglements of a lovable music-store geek. His record stacks and Top Five lists may be in perfect order, but his love life is in shambles, and Cusack plays the part with shaggy-dog appeal. Aside from solid direction and a great soundtrack, the other selling point here is the supporting cast, in particular Black as a crass, super-snobby record nerd and Robbins as a New Age devotee. "High Fidelity" hits a steady, heartfelt groove that will keep you in stitches.