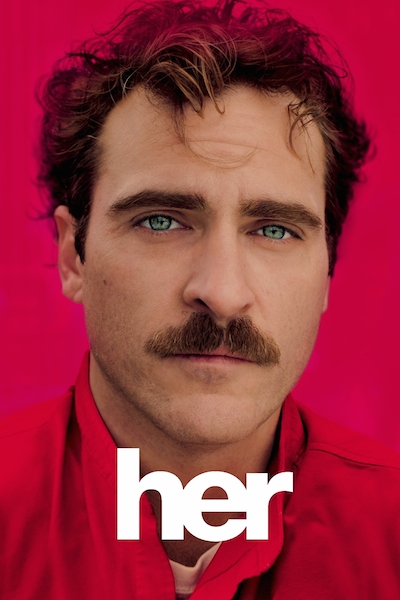 In 2025, Theodore Twombly (Phoenix) works as a ghost letter writer, penning romantic epistles for people who can’t express their feelings. At the same time he’s being divorced by his wife (Mara) and is desperately lonely. His friend Amy (Adams) suggests he purchase a new type of Operating System, individualized to his personality. Theodore starts a relationship with “Samantha” (voice of Johansson), who becomes his personal assistant, agent, confidante, and eventually- his lover. But can Artificial Emotion ever replace the real thing?

Jonze’s supreme talent for blending human drama with quirky, metaphysical conundrums comes to the fore in this meditation on our growing reliance on technology and our need to connect. With a striking production design and costumes that gently suggest the near-future, Jonze has created a brave new world where sentient computers do not threaten man’s dominion but his soul. Phoenix, complete with a Burt Reynolds mustache, is achingly expressive and affecting. But it is the voice of Johansson that haunts, to the degree that Samantha becomes a startlingly 3D character. Winning an Oscar for its original screenplay, this futuristic romance is both provocative and tender.